skip to main | skip to sidebar

A Lack of Commitment

I think a great gift for Christmas would have been an eighty dollar Denver Broncos football jersey with a dry-erase board attached to the back between the shoulders.

So when my favorite player is suddenly traded to Chicago, I can just wipe him off.
Posted by Matthew Talyor at 2:00 PM No comments:

Cover it up Santa!

My neighbor Glen sports an impressive bushy white beard. His face, although worn with time, still radiates warmth while his eyes twinkle with merriment. The tone of his laughter is rich, as it booms from the depths of his rounded belly.

One December morning as I looked out of my window across the street I saw Glen’s front door open. To my amazement out walked Santa Claus, resplendent in his beloved furry red and white outfit.

I had no idea he lived so close by.

Now I understand during these hard economic times we all have had to make adjustments and that the upkeep and maintenance of a sleigh (not to mention eight reindeer) must be cost prohibitive.

But seriously Santa, nothing makes the magic of Christmas evaporate quicker than watching you struggle your way into a small green 1983 Dodge pick-up truck.

Please Santa, for the sake of the little ones, cover yourself up!

(At least until you can get the sleigh and reindeers out of hock.)
Posted by Matthew Talyor at 7:16 AM No comments:

Roll Up, Roll Up 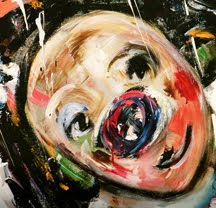 I turned left into Anderson Park proud to be delivering my daughter to her soccer game ahead of schedule. I joined the other mini-vans circling the parking lot like over-sized tin sharks, each tightly coiled, poised to attack any available parking space.

Like chum on the water, I smelled the last available spot and darted into its narrow confines. I gave a cursory glance to my left to confirm there was room to open the door. I startled. For there, sitting in the driver’s seat of the vehicle next to me, was a clown. Rainbow colored afro hair filled the car. He turned slowly towards me. His white face, dark eyes, black lips and bright red nose looked blankly at me.

Here sat a clown, the sole reason I loved the circus as a child, the purveyor of laughter, joy and happiness. Now all grown-up and miles away from the sounds and smells of the Big Top, I am locked in a staring match with a beloved clown.

My only thought: How murderous you look.
Posted by Matthew Talyor at 9:09 AM 1 comment:

The climate change summit in Copenhagen is entering its second week. Over twenty leaders of state are attending this pivotal event. I hope they accomplish something. But if they don’t, it’s ok, because it’s been fun hearing people on NPR say Copenhagen all week.
Posted by Matthew Talyor at 12:12 PM No comments:

The soccer game ended. Happy with the result I exited the Brighton & Hove Albion Football Club. Several thousand angry Portsmouth fans spilled out of the ground disgruntled at the six - nil thrashing dealt them by the home team. Trapped inadvertently in their midst I was swept along by the ever increasing momentum that egged them on. Our speed accelerated to a run, as we veered en masse left down a narrow side street breaking away from our police escort. I smelled trouble.

The air thick with tension was charged with electricity. Without warning mob rule exerted its violent authority. Stuck right in the middle of a full blown soccer riot, I had little choice but to go with the flow or become a target for the indiscriminate violence I was witnessing all around me. Rocks smashed every window in sight, cars were overturned, innocent by-standers kicked and beaten, all of this mindless ciaos performed while maintaining a steady six-minute-mile pace. I jogged along minding my own business and thinking to myself Surely this will end at some point. And hopefully I will still be alive.

I never realized how strenuous rioting is. I was simply performing the running part and found myself totally exhausted. The real participants, when not rioting, must dedicate themselves to an arduous training schedule to keep themselves in tip-top rioting shape. I doubt any of these highly trained athletes spend any time at all drinking, smoking or swearing. I have to say I am highly impressed by their commitment and endurance. They must really enjoy themselves to work this hard at it.

After the riot ended I spent some time evaluating my level of participation. Did my presences alone mean I was now a fully fledged soccer hooligan? I believe my life was saved that day by one simple fact.

As I ran down the narrow Brighton streets surrounded by the bedlam and chaos that is part of any proper riot, I noticed that out of several thousand riotees, I bore the distinction of being the only one wearing a duffle coat. (See one on Wikipedia) Resplendent with hood and toggles carved out of bone to fasten the front. Yes, the very same duffle coat worn by Paddington Bear, except his was blue and mine is green, ironically a soothing color.

It stood up well to the cold night, but was certainly not in any way threatening. It is safe to say a duffle coat is not cut from dangerous cloth, but it did save me. Its thick unassuming innocence insulated me, preventing the general depravity that smothered me that evening from soaking into to my bones and converting me into a mindless riotous athlete for ever.
Posted by Matthew Talyor at 8:01 AM No comments:

I own a two year-old Australian Shepard called Checkers.
Owning a dog is fantastic.

I have a ten year-old boy called Alastair.
Having a child is even more fantastic.

But having a dog and a child is the most fantastical thing on Earth because I can receive a voicemail on my cell phone like this.

Laughter and joy can be found everywhere, even in the destruction of my own house.

Enjoy.
Posted by Matthew Talyor at 3:45 PM No comments:

I am a creature of habit.

Every morning as I shower, I grab the shampoo bottle and squirt a liberal dollop in the palm of my hand. I then apply it with the greatest confidence to the top of my head and vigorously rub it all over. I’m sure this is a common procedure for many people.

The odd part for me is I no longer have hair on top of my head. And I haven’t for the last five years. Yet this doesn’t stop me from plonking the shampoo right on the top of the ol’ noggin, instead of on the sides where there’s still a vestige of hair hanging on for grim life. Every time I perform this morning ritual I chuckle at myself for refusing to accept the truth and consider how my habits shape me (both good and bad.) I then grab the conditioner and repeat the process.
Posted by Matthew Talyor at 1:25 PM No comments: 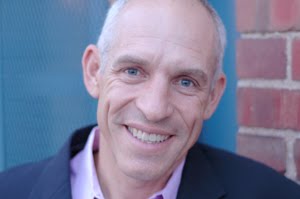 Matthew Talyor
Denver, Colorado, United States
I am writing a book of personal essays. Many of them you can listen to me read here on my blog. I grew up on the South Coast of England in the tiny sailing village of Itchenor. In 1985, I came to America to spend a summer as a sailing instructor. During my travels that fall, I was smitten by Crested Butte, Colorado which I made my home for several years. I then moved to Denver to focus more fully on my performance interests. I am a founding partner in A.C.E. Entertainment and for many years have been an active member of the Denver comedy scene.